In an Open Letter, Church and Peace, together with representatives of various ecumenical peace organisations, addresses the Central Committee of the World Council of Churches (WCC) and the delegates at the 11th Assembly 2022 in Karlsruhe. They underline their hope for the upcoming WCC Assembly to be a platform of dialogue and understanding. Church and Peace is actively involved in this dialogue and is shaping part of the Ecumenical Encounter Programme, which is open to the public, and the Assembly Programme.

‘In the past decades, the global ecumenical movement has condemned military armament, war and the threat of nuclear weapons with groundbreaking resolutions and statements. It is thus a leading example for many Christians,’ the signatories emphasise. Especially in these times, a clear commitment of the worldwide ecumenical movement to the renunciation of violence and military disarmament is indispensable.

‘It is with great concern that we observe that many people doubt the Christian ethic of peace under the impression of the Ukraine war. They question the goal of overcoming violence through love of enemies and reconciliation and thus also a civil peacebuilding policy. We are convinced that the overcoming of all wars and the common development of peace, justice and the integrity of creation must be at the centre of our actions,’ the Open Letter continues.

With a view to the upcoming ecumenical Assembly, the signatories hope for clear signals for the path of Just Peace: ‘May you succeed in encouraging also those that have doubts to deprive the institution of war of any legitimacy!’

The Open Letter also refers to more than 5,100 people who have signed an appeal for peace to the inviting churches of the 11th WCC Assembly. Among other things, this appeal calls on the inviting churches from Germany, Switzerland and France to take a clear and public position in favour of their countries joining the UN Treaty on the Prohibition of Nuclear Weapons without delay and in favour of redirecting the billions of dollars spent on armaments in favour of a social, peace-promoting and eco-just society.

Signatories of the Open Letter

The Assembly of the World Council of Churches (WCC) will take place in Germany for the first time in 2022. More than 4,000 international guests from some 350 churches will meet in Karlsruhe from 31 August to 8 September 2022. They represent over 500 million Christians from more than 120 countries. The Assembly is the highest decision-making body of the World Council of Churches (WCC) and usually meets every eight years. Delegates participate in business and plenary sessions, and a varied programme of meetings and excursions is planned in which visitors can also take part. Church and Peace members also organise events: www.church-and-peace.org/en/2022/08/church-and-peace-involvement-in-wcc-assembly-in-karlsruhe-2022-focuses-on-peace-justice-and-role-of-the-churches.

in German
in English

More information about the Appeal for Peace ‘War is Contrary to the Will of God’: 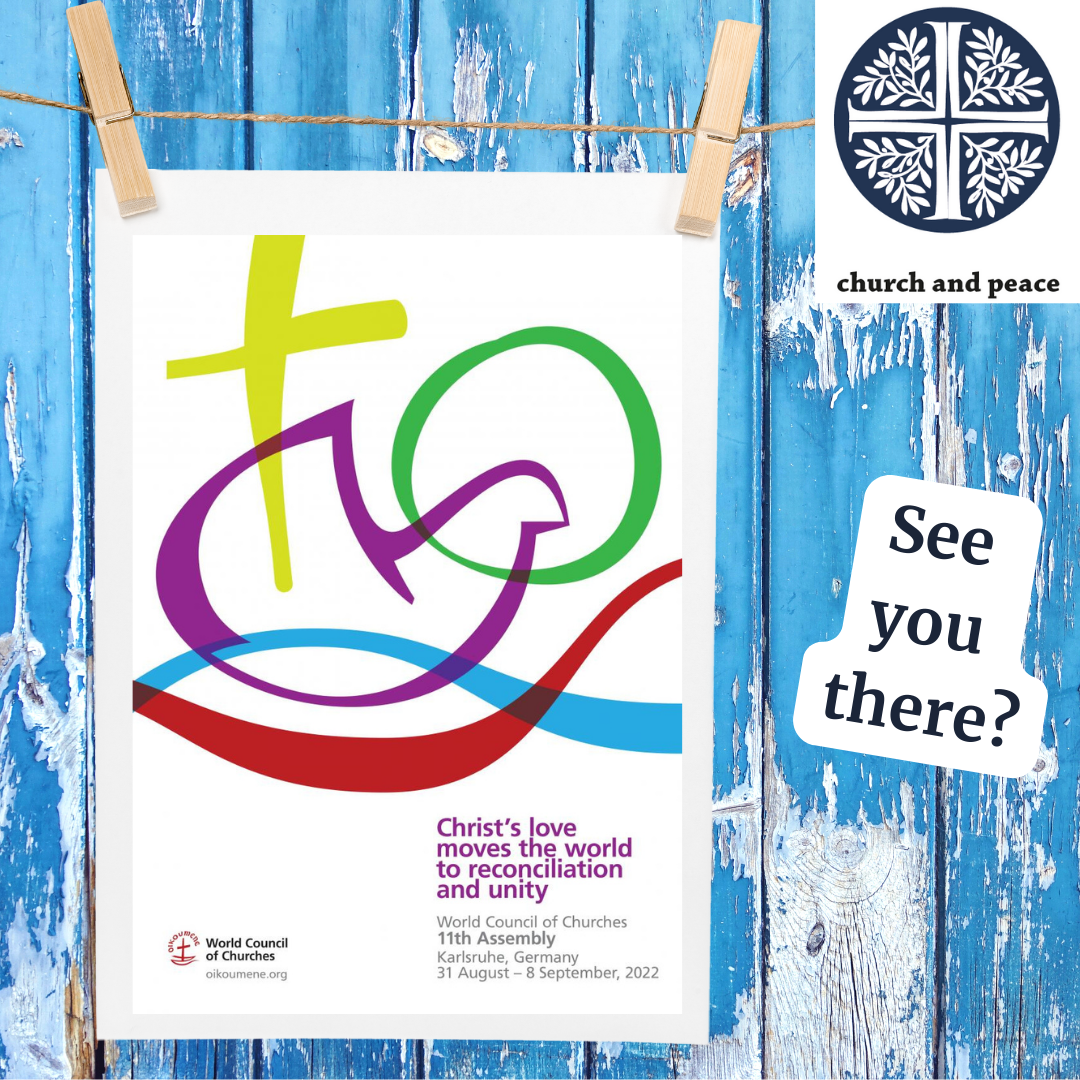 Open Letter
Church and Peace at WCC 2022
Appeal for Peace